In far northern China, north of Beijing, close to the Russian border, lies the city of Harbin.

Every year starting around January 5th, Harbin holds one of the most amazing Ice and Snow Festivals on the planet.  It is actually the largest Festival of its kind in the world, and attracts somewhere between 10-15 million brave visitors that are willing to play outside in cold days and even colder nights, where the temperatures can range between a daytime high of 9° Farenheit and dip down to -15° Farenheit for freezing nights. 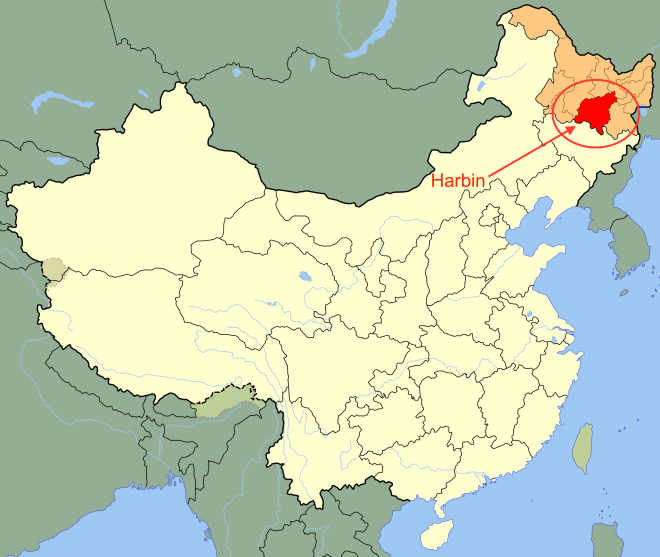 What started out as a very “local” event has now turned into an International Competition, attracting Sculptors and Artisans from all over the world who participate in the creation of massive snow masterpieces and the carving of intricate ice sculptures.  Each and every year, the gigantic monoliths change with the imaginations and whims of each competing Team.  The pieces get larger, the lights get brighter, the music gets louder.  It’s never the same event from the year before…the only thing that persists and remains frigid, is the cold.

We had made it our winter pilgrimage for the past few years to attend this incredible site and to participate in the icy activities and sub-zero affairs.  The beautiful visual treats that these Artisans concoct would always await us upon arrival, making the bitter cold well worth it and if I dare say, almost a joyful experience.  Plus, who doesn’t like bright lights, tons and tons of bright lights!

For fellow Travellers and Seekers of wanderlust, both the Snow Festival portion on Sun Island (best enjoyed during the day), or the Ice Festival (best done at night) are visual treats that I promise, will stay with you for a very, very long time. 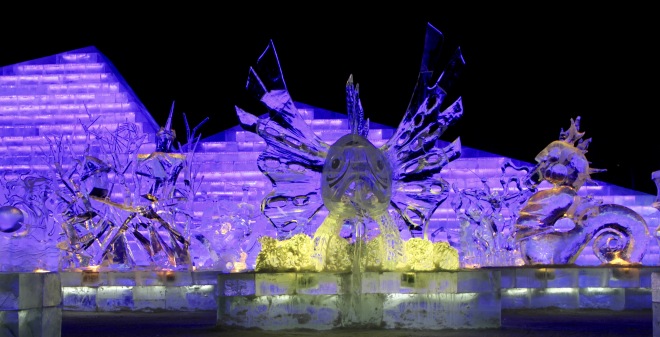 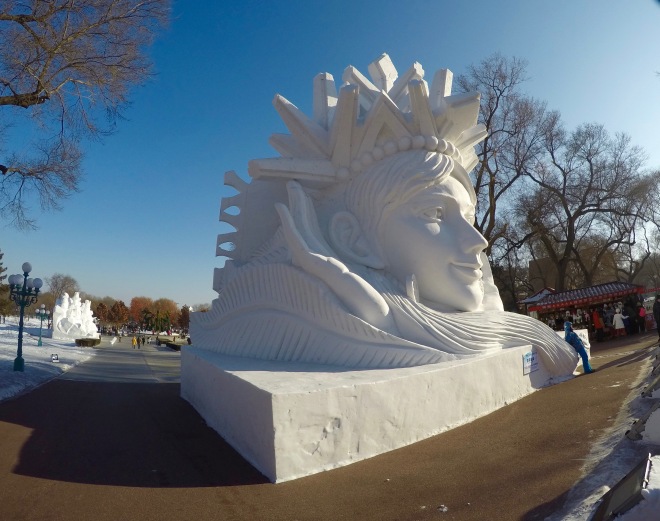